Back to shop
Go Wild or Stay Aside 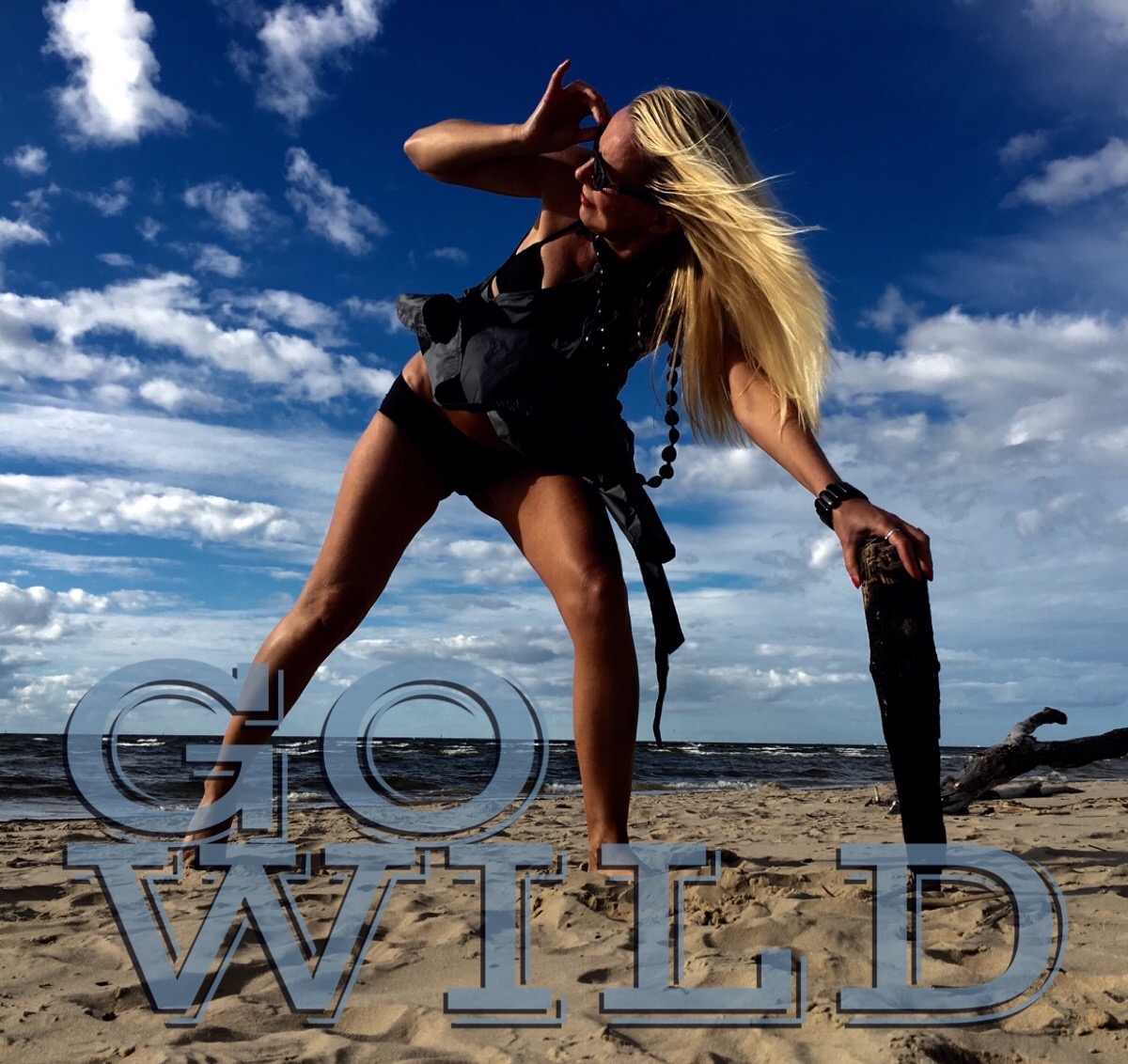 Where is that golden row you should never across. How the attractive look can change our everyday life. Let's find out.

Designers and stylists to create more and more attractive looks quite often turn their inspirational source to the fetish side as people through years had established certain images that turn on humans sexual desires. If you wish to look attractive find out your behaviour first and then choose the stylist that is attractive to him self. It you develope your skills you may succeed with your life in whole. Nevertheless, there is more by psychological aspect how the society will accept your personality. 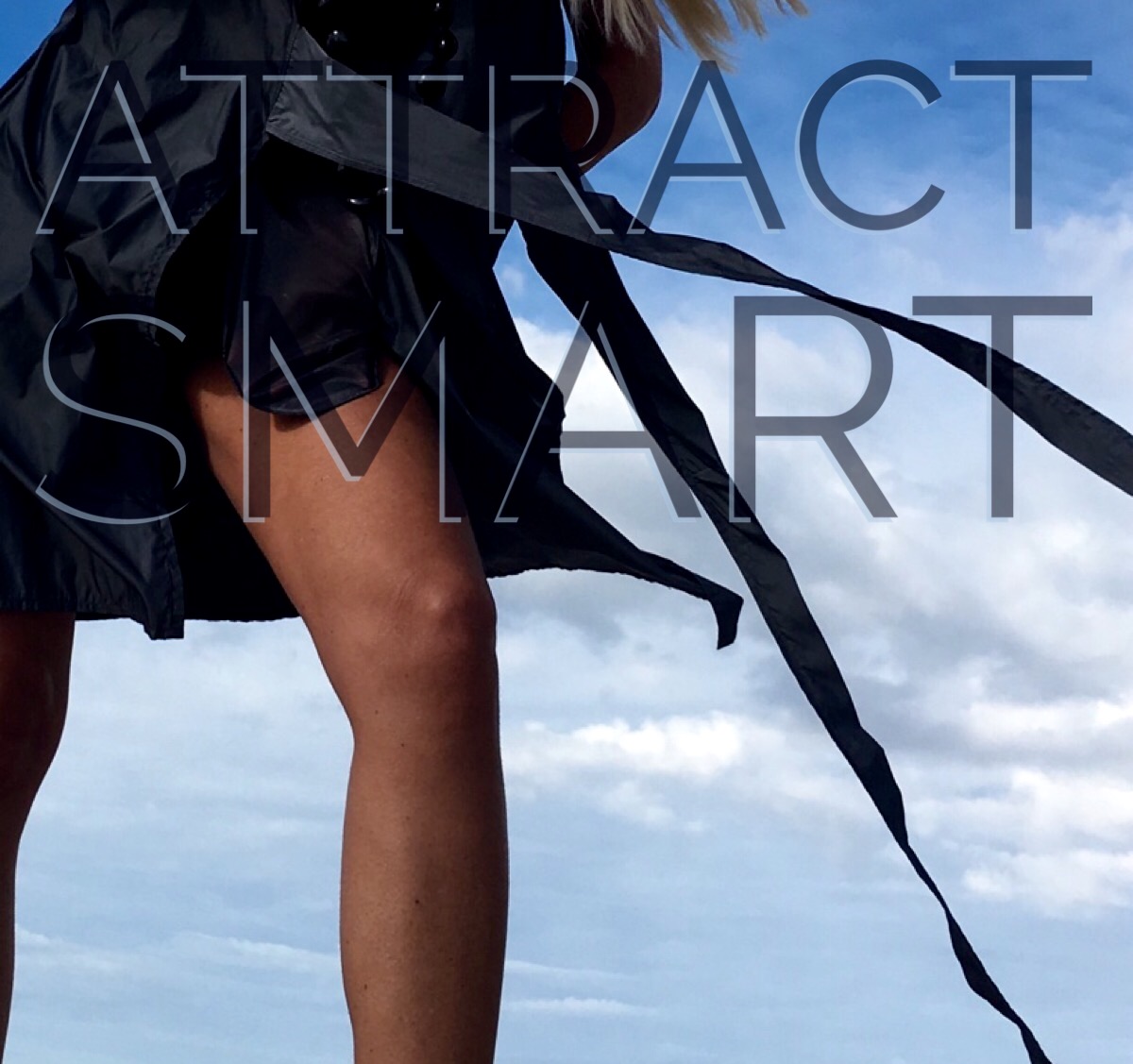 The research reports the results of three independent studies which investigate the relationship between attraction and communicator style (the way a person communicates). Studies show that the "best liked" friend's style differed significantly from that of the "least liked" friend, scoring higher on attraction, communicator image, open, attentive relaxed and dramatic/animated.

Additional studies show that four specific styles were studied in relation to the attraction. The dominant and open style were seen by subjects as the most attractive. The not-dominant and not-relaxed style was seen as least attractive.

The three studies provide strong evidence that communicator style is an important effect determinant of attraction as attractive persons are perceived as more sincere, more stable, and warmer.

Typical findings indicate that expressive cues can induce liking for a communicator. Most of these studies, however, isolate certain discrete variables while neglecting a more holistic consideration of communicator style.

Another area of research involving communication and attraction has focused on the vehicle of expression as the most important component in interaction. For example, maintain that how one communicates is more influential than what is actually communicated with regard to social effectiveness and the success of the transaction and points to the effect that various media have on style considerations. It shows that the more immediate the medium as face-to-face interaction, the more positively the subjects were evaluated.The findings suggest that more immediate media permit a wider range of the person's style of communication to influence his evaluation by others.

As appears the style was defined in terms of self-disclosure and openness. Finally, the personality literature provides implications regarding the relationship of communicator style to the attraction.

In the research report, is broadly conceived to mean the way one verbally and para verbally interacts to signal how literal meaning should be taken, interpreted, filtered, or understood. Communicator style is defined operationally in terms of nine independent variables that are dominant, open, dramatic, relaxed, contentious, animated, friendly, attentive, and impression-leaving.

The dependent variable is communicator image, representing an evaluative consequent of the way one communicates, i.e. has established communicator style as a multidimensional construct. 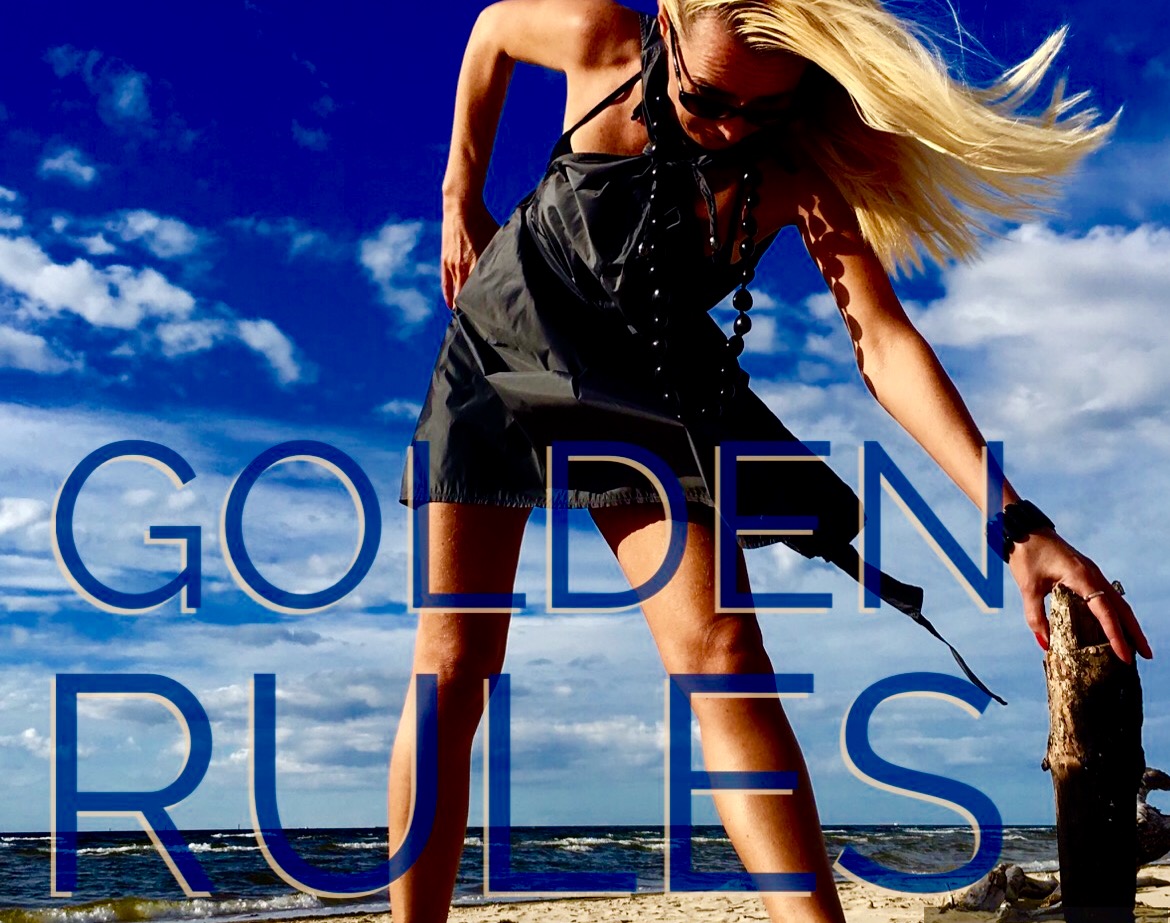 Friendly. This attribute refers to a person who usually demonstrates kindly interest and goodwill toward others. This person is seldom hostile towards others and is usually regarded with high esteem by others.

Attentive. This attribute refers to how alert a person is as a communicator. An attentive communicator tends to be encouraging to others, listening carefully to what they have to say. Such a person deliberately reacts in such a way that people know they are being listened to.

Contentious. This attribute refers to a person who constantly quarrels and disputes with others. Such a person may be thought of as belligerent and the cause of much interpersonal unrest.

Animated. This attribute refers to how nonverbally active a person is as a communicator. A person who actively uses facial expressions and physical gestures is animated. A person whose eyes tend to reflect a great deal of what they are feeling is animated.

Open. This attribute refers to how self-disclosing a person is as a communicator. A person who readily reveals personal things or openly expresses feelings and emotions is an open communicator. When other people generally know the person's emotional state even if the person does not say anything, the person is open.

Impression-Leaving. This attribute refers to how affecting a person is as a communicator. What this person says as well as how he says it often leaves an impression. If people react to this person when they first meet and tend to remember him, this person is impression-leaving.

Positive communicatory style attributes were strongly associated with people who are liked. They were seen as more dramatic, animated, relaxed, open, attentive, and as having a better communicator image. Two processes probably affected the evaluations. First, the person who is liked really does have a good style of communicating. Second, the person who is liked may adventitiously receive the benefit of an inflated rating.

When viewed from a societal perspective, the findings are not surprising. The person who interacts in such a way that he takes charge of a conversation, comes on strong, and talks frequently demonstrates communicative competence. Furthermore, if the person interacts in such a way he makes himself vulnerable by being open, the person signals confidence and control.Such a style is rewarded in a competitive society which values hierarchies and rewards leadership. 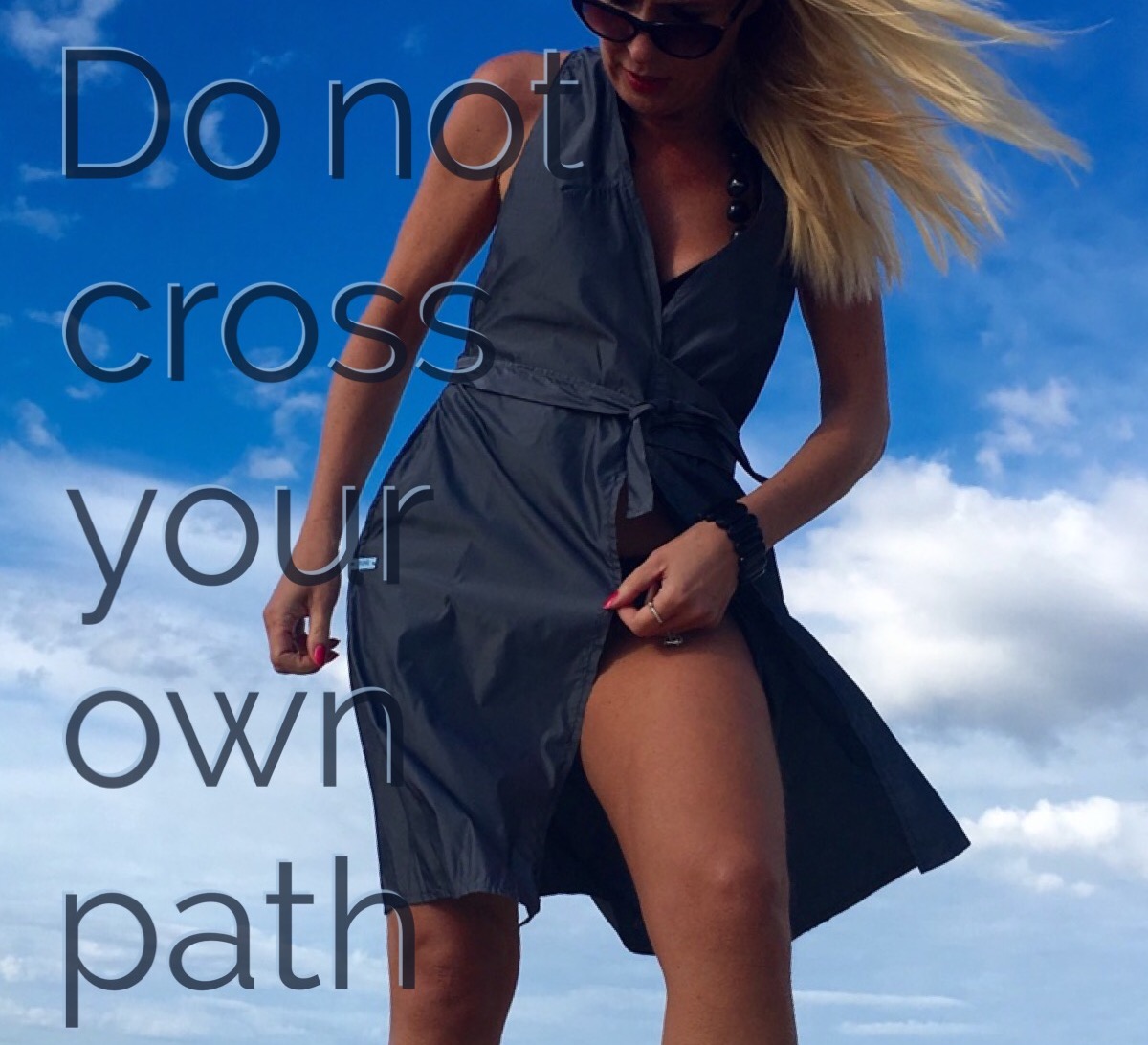 In like manner, being open is a socially desirable behavior, connected with honesty, sincerity, and authenticity. However, there may be a point where a person could be too dominant or too open, reflecting a curvilinear relationship. For this study, the level of being dominant and open was appropriate, and not counterproductive. A person who is dominant but not open could be seen as interpersonally unreliable, undependable, untrustworthy, or insecure. This style of communicating may be debilitating in that ambiguity is not resolved for the other. If a person does not reveal things about himself, then he projects uncertainty about himself. Being closed, tightlipped, or silent could create an image of mistrust, possibly inferiority.

Any one of these characteristics could affect the level of perceived attraction. A person who is not dominant but relaxed may manifest a rather bland manner of communicating. This person may prefer to follow rather than lead, to listen rather than talk, or to execute tasks rather than initiate them. The positive valence of relaxed could be misconstrued as passivity or social ineptitude.

A person who is not dominant and not relaxed has two negative factors against him. Being uptight, jittery, fidgety, agitated, excitable, tense, or anxious often causes the other person to react in the same way or to begin to dislike the person due to a feeling of psychological and social discomfort.

Again, the conclusion is that one's style of communicating is an important effect determinant of how he will be perceived in terms of attraction. The way one communicates not only directly influences whether one will be liked, chosen as a work partner, seen as popular, and seen as having a pleasing personality, but also affects adventitiously whether one will be seen as handsome or pretty. Furthermore, particular style types may be more suited for certain interactive situations such as those that demand competent and competitive social skills.