As we know the evening gown is a long flowing women's dress or gown usually worn to a formal affair. It ranges from tea and ballerina to full-length. Evening gowns are usually made of luxurious fabrics such as chiffon, velvet,satin,organza,etc. Silk is a popular fiber for many evening gowns. Although the terms are used interchangeably, ball gowns and evening gowns differ in that a ball gown will always have a full skirt and a fitted bodice; in contrast, an evening gown can be any silhouette – sheath,mermaid, A-linear trumpet shaped—and may have an empire or dropped waist. 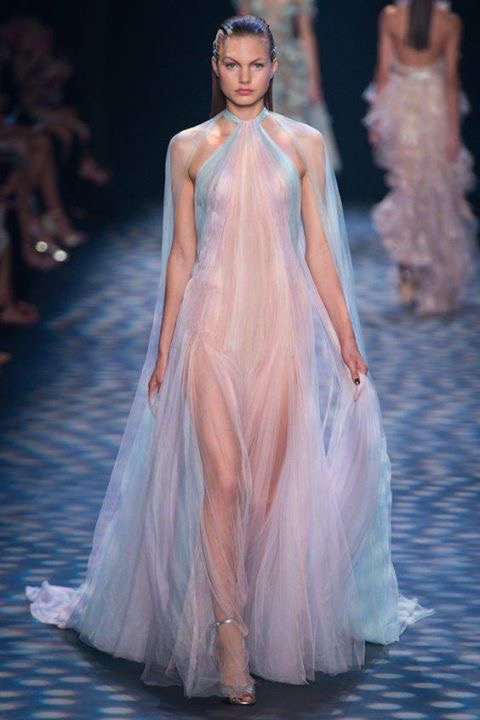 It corresponds to both men's semi-formal wear for black tie events and men's formal wear for white tie events.
Evening wear, sometimes also known as court dress based on its creation at royal courts, for women has its origins in the 15th century with the rise of the Burgundian court and its fashionable and fashion-conscious ruler Philip the Good. Wool, in various weaves, was the most dominant fabric for dresses, and the ladies of the court often simply added a train to their kirtle for formal occasions. Rich fabrics and fibers were usually the domain of the nobility, and clothing was still used as an identifier of social rank and status. 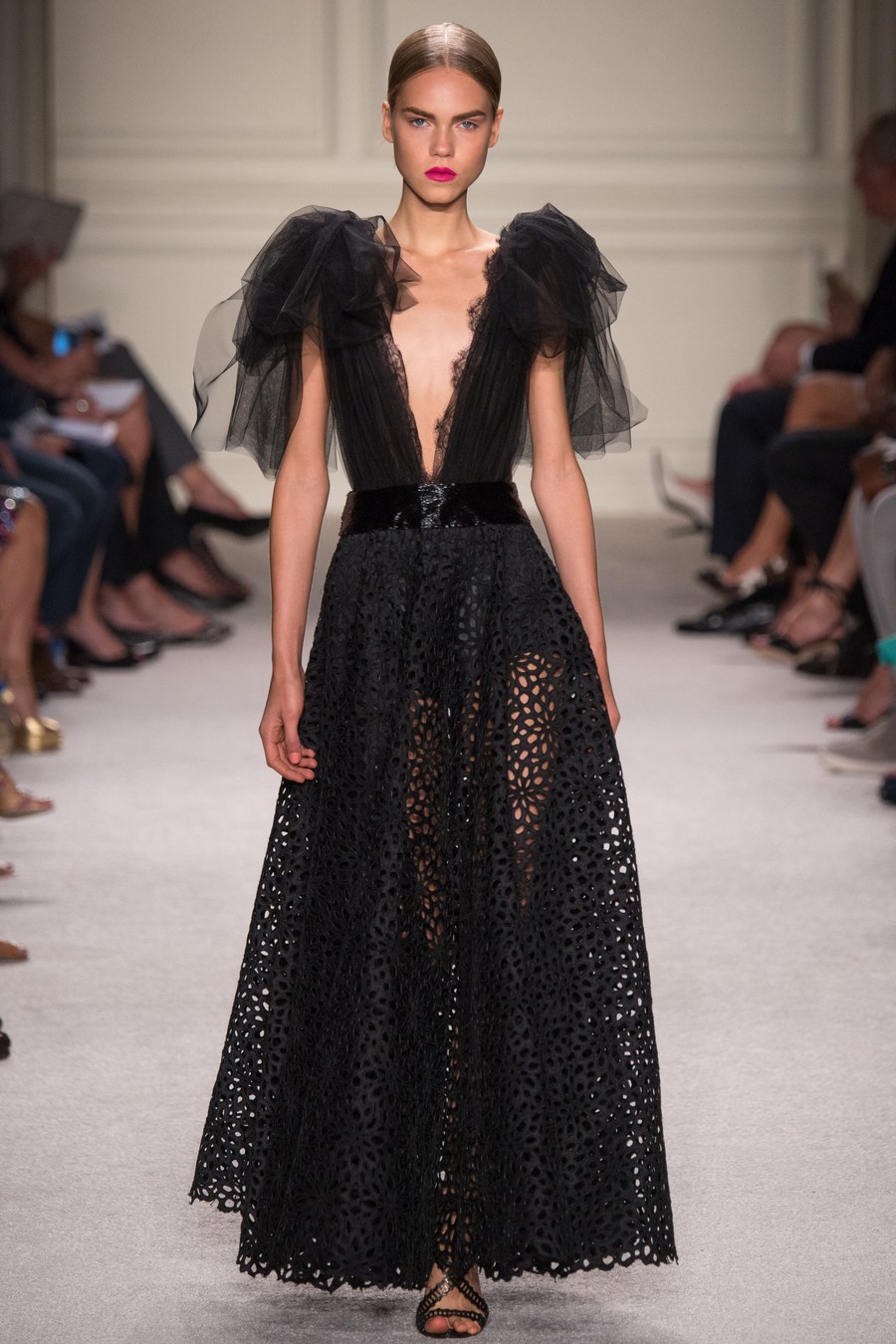 The dawn of the Renaissance slowly changed the rigid social rank system and allowed wealthy Patricians and merchants to visibly display their success. The art of weaving silk was firmly established in the Mediterranean around 1400, and as a result, silk weaves became fashionable for those who could afford them. Dresses for court balls and similar festivities were often made of intricately woven silk and trimmed with expensive furs to highlight the wearer's social status. 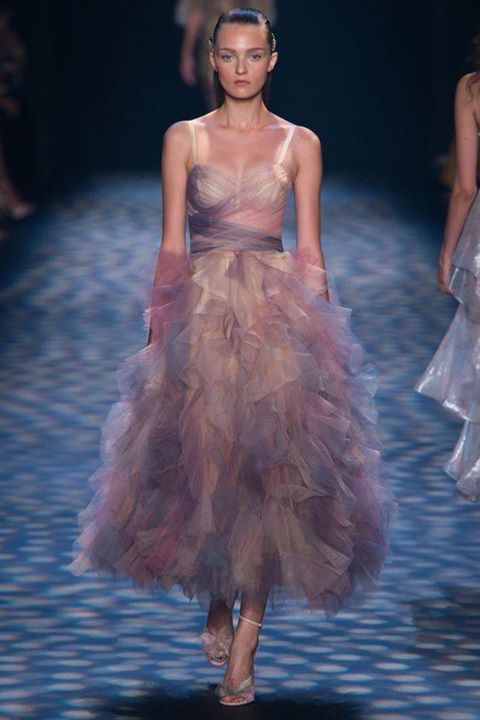 The vibrant court life of the 16th and 17th centuries with its focus on art, literature, and music created a fertile environment for feminine formal clothing. Elaborate dinners, dances, and theater productions allowed fashionable ladies to showcase their finery. The Italian Renaissance courts were the pinnacle of style and elegance in Europe. With the advent of the Baroque era, the focus began to shift to France and the court of Lois XIV. 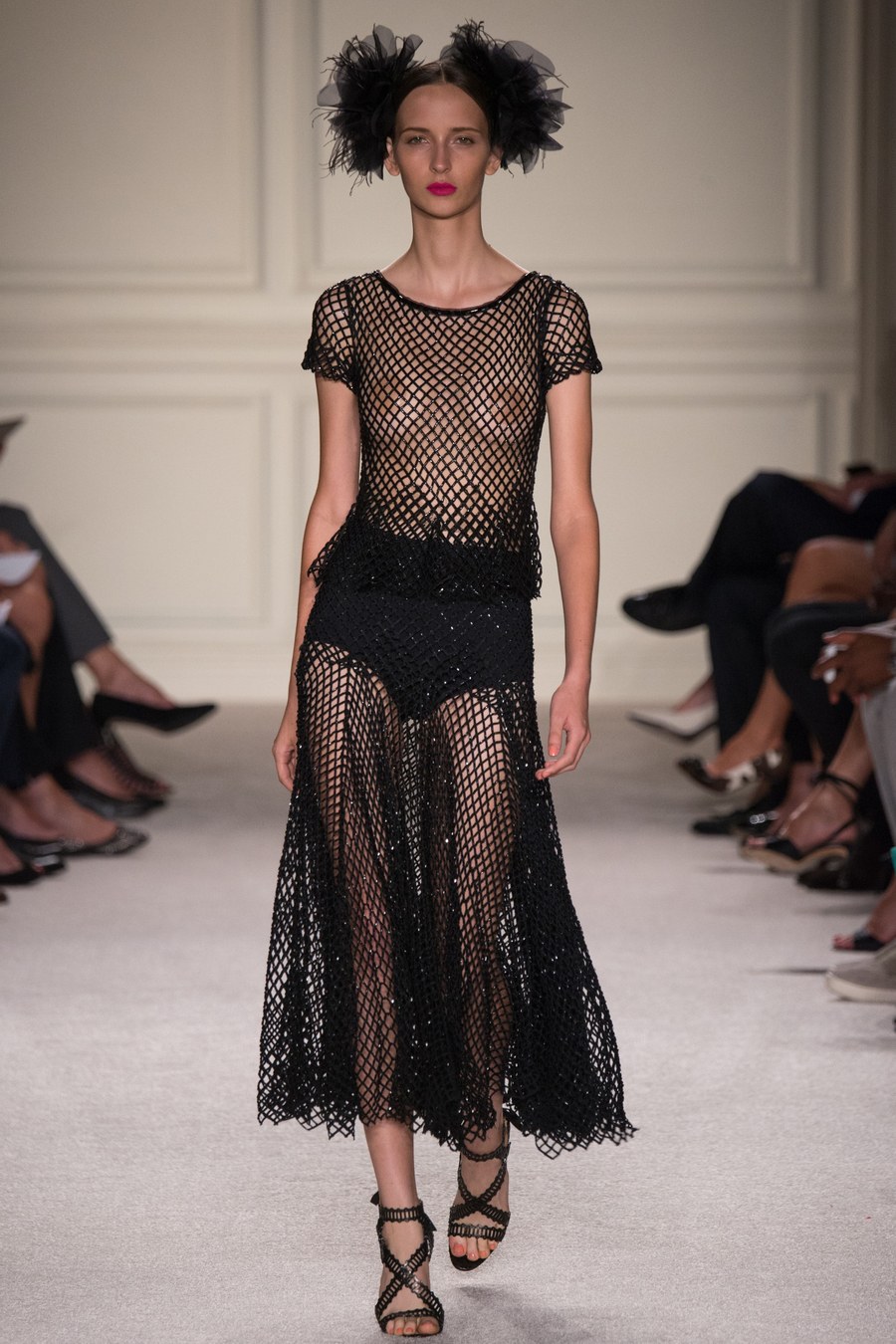 The Farthingale so popular during the 16th/17th centuries, evolved into the pannier to give dresses and skirts extra volume and the desired court silhouette.

During this entire period, a ball or evening dress was synonymous with court dress, as balls took place at court or in the palaces and salons of the nobility who copied the latest fashions at the courts. Starting with the late 18th century, the term "evening or ball gown" emerged, as balls and formal dances were no longer the sole domain of royals and aristocrats. The French Revolution had caused social upheaval, and firmly cemented the place of upper-middle and upper-class citizens in society.

A common silhouette for evening wear, just as for day wear, was the high-waisted Empire or Regency dress. Evening versions featured lower necklines, short sleeves and elaborate fabrics and embroidery. Evening styles changed dramatically during the 19th century and evolved from the relatively simple classically inspired lines of the early decades of progressively fuller skirts and, at times, sleeves (the 1830s and 1840s). 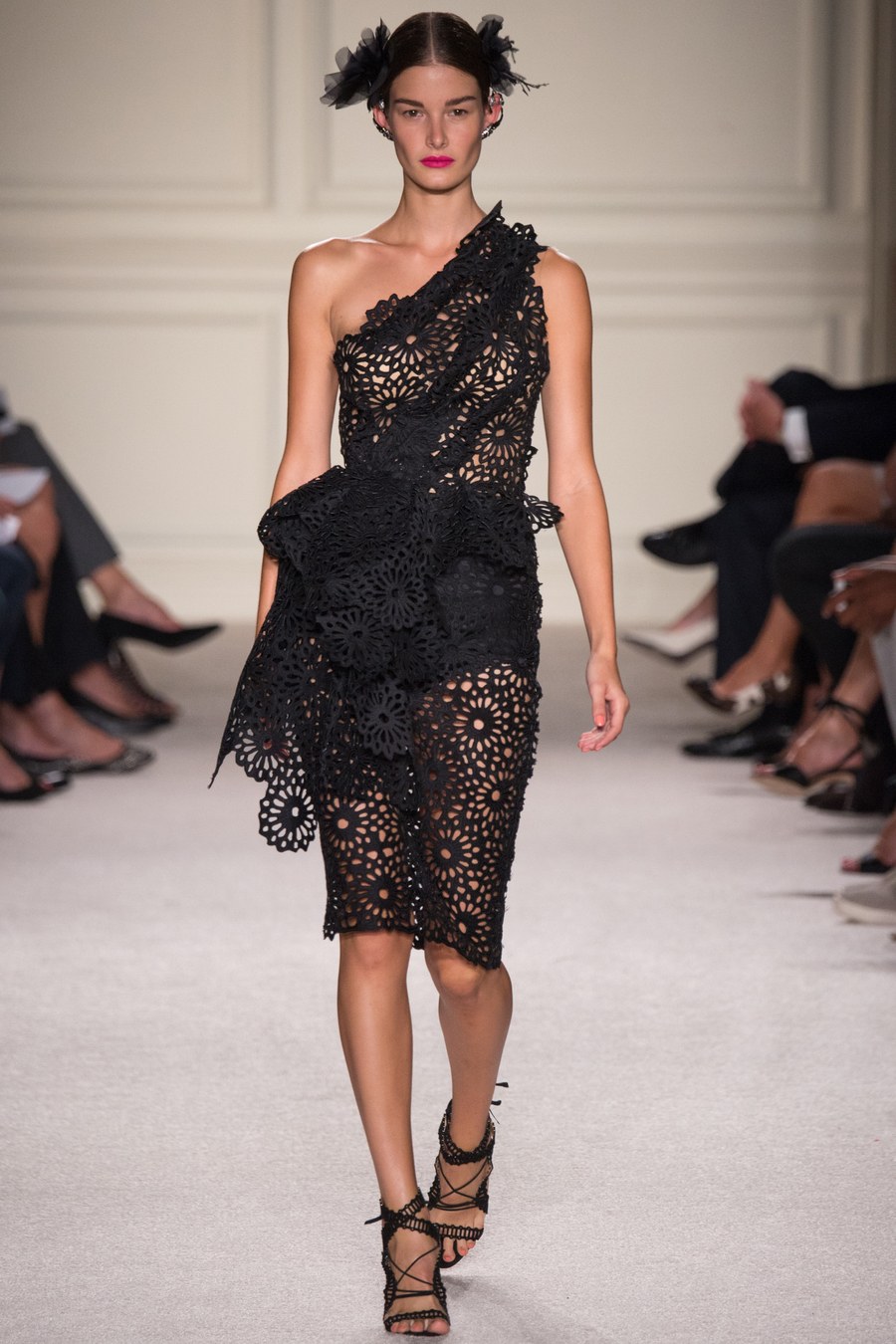 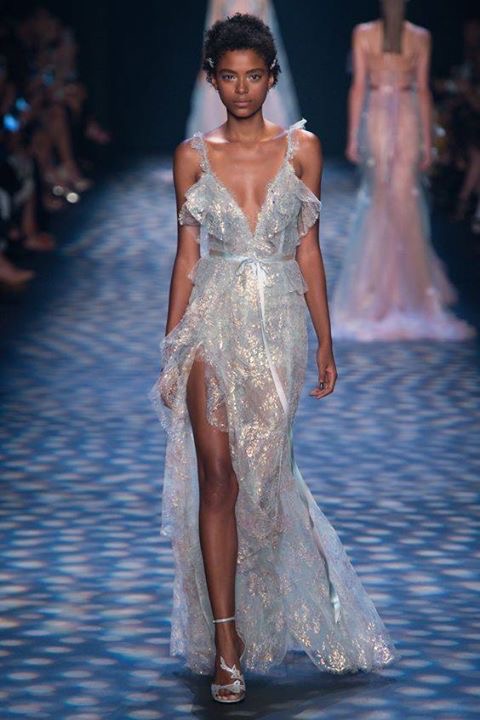 During the Edwardian era or Belle Epoque, the s-shaped figure was fashionable, which included a very narrow waist. Immediately preceding and during World War I, lines became looser and more fluid as a precursor to the boyish silhouettes of the 1920s. Later, in the 1920s, the hemlines of evening gowns rose and cuts were very simple to match the new lifestyle of the Flapper era. The 1930s introduced bias cuts and artificial fibers.
Along with the Empire cut, over the years the sheath, mermaid, A-line, and trumpet shapes became popular. Also, the dropped waist and princess styles were popular, depending on the era. Grace Kelly is noted for wearing understated evening gowns.
Today, the evening gown comes in different silhouettes and even lengths, but the full-skirted ball gown remains the pinnacle of formality. Evening gowns are worn at various semi-formal black-tie (and sometimes white tie) functions, including formal dinners, opera and theater premieres, formal dances, evening wedding receptions, and charity balls.
White Tie occasions
When worn to white tie occasions, the evening gown is generally more elaborate than when worn to black tie occasions. For example, the silhouette will be fuller, to match with the "very formal" white tie attire by men. In the modern times, the evening gown is becoming more frequent in women's formal wear, even at white tie occasions, but etiquette states that ball gowns must be worn. 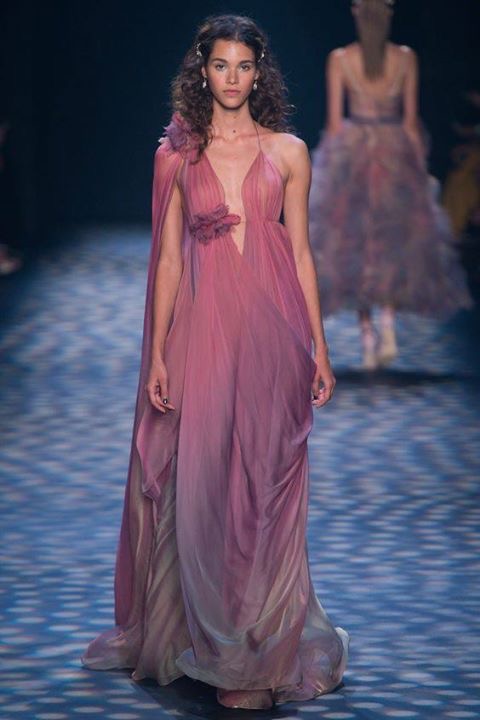 Also, evening gowns gained prominence in beauty pageants, be it national or international. Judges in the beauty pageants score the contestants in the evening gown segment, the highest of which is propelled in the Top 5. Most pageants offer awards such as "Best in Evening Gown" to the contestants with the most beautiful evening gowns. Usually, the crowning moment shows the winner and the rest of the pageant contestants in evening gowns.
Black Tie occasions
Evening gowns can range from tea length (mid-calf to ankle-length) to full-length (to the floor). In general, the same rules of a white tie event apply to a black tie event, although in some cases a cocktail dress is acceptable. However, women usually wear evening gowns to black-tie occasions.
As one of the constant evening wear and dresses brand Marchesa creates classic evening wear. As it comes quite demanded the products are represented in Neiman Marcus, Bergdorf Goodman, Harrods, in countries such as Canada, Russia, Kuwait, Dubai. The company was founded in 2004 and is based in New York, New York.

Women are made to be loved, not understood.