Back to shop
Art and Pattern Shapes the Style 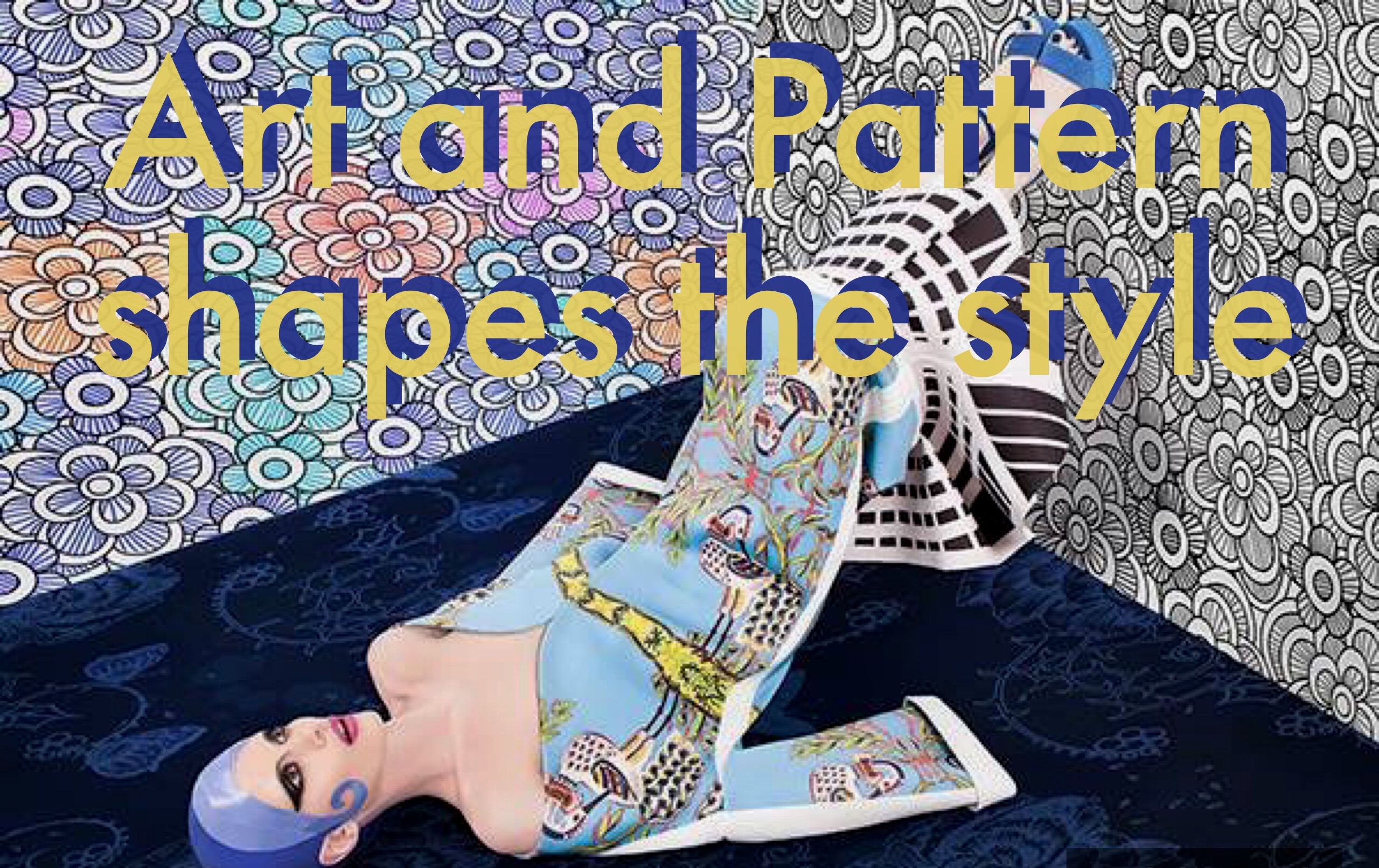 As we decide to go for the new style in fashion, we ask ourselves- what I should go for?

Different patterns are more and more actual as they make the design peace differ from each other.

As we decide to go for the new style in fashion, we ask ourselves- what I should go for.
A wide spectrum of offers takes the enormous time to go to final decision. Here is some insight about tendencies which we can pay attention to.
Different patterns are more and more actual as they make the design peace differ from each other.
What basically is the meaning of pattern?
The pattern is an underlying structure that organizes surfaces or structures in a consistent, regular manner. The pattern can be described as a repeating unit of shape or form, but it can also be thought of as the "skeleton" that organizes the parts of a composition. 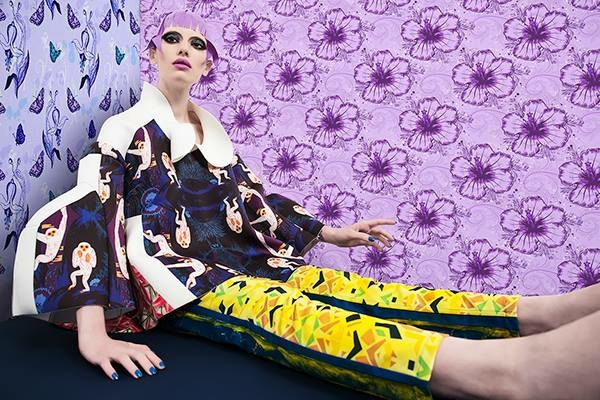 A pattern exists in nature as well as in designed objects; it is useful to look at the parallels. Peter S. Stevens, the biologist at Harvard has published a book entitled "Patterns in Nature" in which he claims that there are only a finite number of ways that patterns can be structured.
He starts with the idea of a grid as the foundation for any structure or image. He presents a set of ways in which the points of a grid can be connected. These modes of connection become classes of pattern, which he claims can be seen in any situation, in nature and in made images, and from the microscopic to the cosmic scale.
However, each of these modes can also be seen in examples of designed objects and works of art.

Flow and other geological formations
Following paths of least resistance. Flow can be seen in the water, stone, the growth of trees. Meander patterning is related to the idea of flow and is built on the repetition of an undulating line. In this detail from a textile hanging made up of knotted threads, the meandering color lines resulting from the technique quite naturally create this type of pattern.
Branching is an obvious form of patterning in the plant world, but it can also be seen in geological formations such as river deltas and certain crystalline formations. 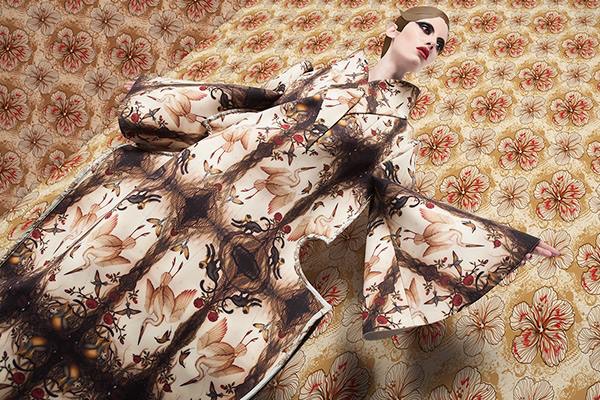 Spiral patterns can be seen from the scale of galaxies to the opening "fiddlehead" buds of ferns, to the forms of microscopic animals.
Packing and Cracking refer to the way in which compacted cells define each others shape. A densely packed cluster of mushrooms will grow together, deforming the circular form of each cap because of crowding. In the same way, a cluster of soap bubbles deforms each bubble from the perfect sphere of the isolated bubble, according to rules that govern the surface tension of soap bubbles. Surfaces like mud that shrink may experience cracking, resulting in similarly cellular patterning.
Similar types of patterning can be seen in many designed objects. Even complex works of art exhibit an underlying structure or pattern grid, although the mode of patterning may vary over the surface of a complex composition. 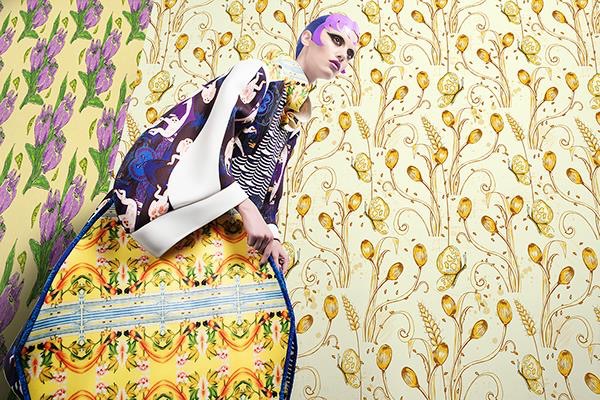 One of the Pioneers of Textile Design - William Morris

Apart from being a prominent socialist activist and poet, William Morris is also known as a renowned textile designer who was associated with the famous British Arts and Crafts Movement. Morris is a famous name in the world of wallpaper and textile design, and his oeuvre paved the way for the use of patterns in art. Morris lived in the 19th Century, and in the 1860s he slowly abandoned painting and focused on designing wallpaper patterns. His wallpaper and textile designs were embraced by a number of craftsmen associations and prominent designers. Morris’ designs are in production even today.

Owen Jones was a prominent Welsh architect from the 19th Century. He is best-known for his studies of Islamic decoration at the Alhambra (famous fortress in the Spanish city of Granada). While researching Alhambra, Jones developed theories on flat pattern, geometry, and polychromy. He was not the only theoretician though. Jones also used his theories of patterns in practice. He designed books and worked on other printing projects. In addition, he worked on a vast number of decorative designs that were later used in a production of furniture and other fittings. 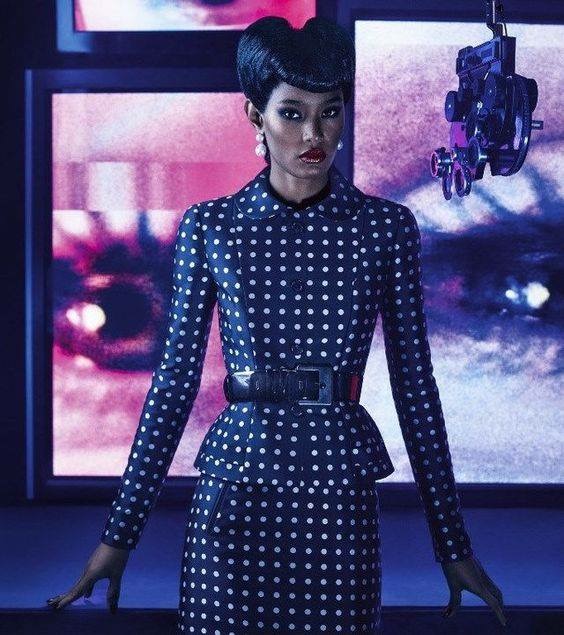 Paintings by famous Austrian artist Gustav Klimt are, among many other things, known for the use of patterns. Actually, some of Klimt’s most famous paintings were created by adopting the style that was ornate, elaborate and decorative. Apart from famous gold leafing, the artist also often used bright patterns in order to illustrate an exoticism and even eroticism. The patterns Klimt used were inspired by Byzantine, Greek and Egyptian art.

Daniel Buren is one of the most prominent French conceptual artists. His art is often described as radical – he rejects the idea of painting as an object and refuses the idea of authorship. Buren is best-known for his installations, where he uses vertical stripes. Under heavy influence of French postmodern philosophy of the 1960s and 1970s, Buren applies patterns in his installations and other works aiming to deconstruct the idea of space and time.

Sarah Moris is an American contemporary artist who lives and works in New York City. She explores urban environment and creates works in which she plays with architecture, colors, forms, and psychology in order to associate an artwork with the city the work is about. In many of her works, she uses sign patterns, as she focuses on power and signs structures that are embedded in cities’ architecture. Her Origami series raised a lot of controversies since she was sued by a group of six origami artists for copying their original crease patterns.

Spiral patterns can be seen from the scale of galaxies to the opening "fiddlehead" buds of ferns, to the forms of microscopic animals.